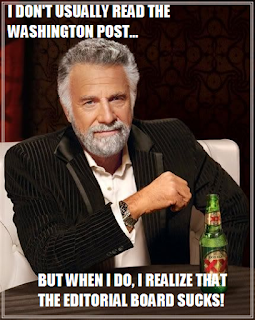 Also, very much in the lost sheep category, the so-called "Editorial Board" of the Washington Post, or perhaps ONE person acting in the name of the "board".  The editorial I just linked one line up is absolutely laughable, or perhaps gives in to the need for yours truly (and other right-minded Catholics) to wanna hug the twa-lette!

I'm not surprised, as one Georgetown student and Miz Sibelius go hand-in-hand.  I'm talking about Miz Sandra "I need taxpayers to pay for my contraception because I can't keep my legs closed" Fluke, yeah, the one who whined about having to pay to play.  Well, if ya wanna play, ya gotta pay.  The drug store down the street sells rubbers for about a fin a box.  Save us taxpayers the drama, and the funds, will you.

Closing sentence of the editorial: The Georgetown community, Catholics and non-Catholics alike, should be proud of its president’s defense of open-minded debate.
This editor is either pulling my leg or just making like a bad little puppy by using my leg for a fire hydrant.  There is no debate with the Catholic Church on such teachings.  They make themselves perfectly clear.  Nor is their negotiations.  Between Georgetown and Nancy Pelosi, I don't know who does a better job of blasphemy when they call themselves Catholic.

I stumbled on the article, btw, via a friend from Facebook.  I almost lost my pizza reading the editorial!  I usually don't read the Washington Post (I'm not from DC).  With crap like this, I firmly believe that the content in Mad Magazine or the Sunday funnies make better reading.

Georgetown: the wolf in sheep's clothing!  I hereby declare its president and the so-called "editorial board" of the Washington Fire Hydrant co-recipients of the May 2012 WTF Award!
Peace,
BMP
Scribbled by Brian Michael Page at 1:21:00 PM