The Liturgical Police, that Is! 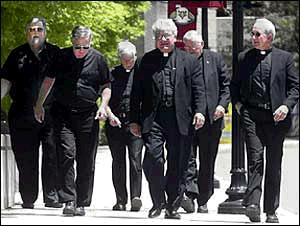 Hat tip to the Curt Jester.

VATICAN CITY: Just moments ago the Roman Catholic Church
confirmed the rumors about a new Vatican office. Limited information has been
released about the new office. The extent of the office's authority has not been
disclosed, but it is assumed that its power will be universal. Vatican officials
have reported that the new office is titled The Pontifical Office of the
Liturgical Police.

The purpose of the office is to lay the smack down on heresy and end
liturgical abuses.

Read the whole thing at Alive and Young, which will be added to the CVDB (Christus Vincit Definitive Blogroll) in just a few minutes if you don't see it there yet. And hey, check out that spiffy cruiser! 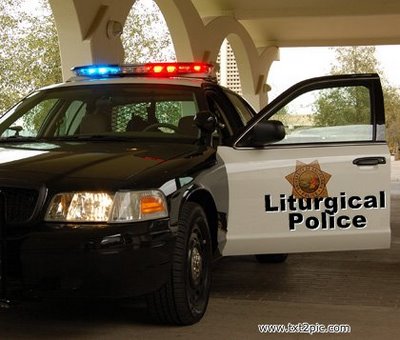