WHILE I'M ON A ROLL WITH PRAISING PEOPLE'S WORK...

From a modern edifice comes great music. Here is the Church of the Holy Family in New York City, aka "The United Nations Parish". 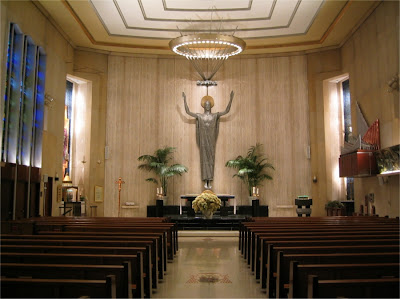 Though modern in architecture (1965), this church - not exactly huge, at least according to these pictures - houses a five-manual organ of 76 ranks built by Robert M. Turner, 1996, and an organist/music director, Paul Murray, who is excellent. Checking the numbers given to the hymns in the worship leaflet, the parish uses Worship III. Checking out the worship leaflet itself, it's great to see a Catholic church of modern build using chant, polyphony, other good anthems, solid hymnody, and well-written Mass Ordinary and Psalms in English. You will NOT hear music from Glory and Praise, Gather, Celebration Series, Singing the Psalms, or any of that stuff that NaPalM and other refugees from Liturgeist Central pass off as liturgical music. 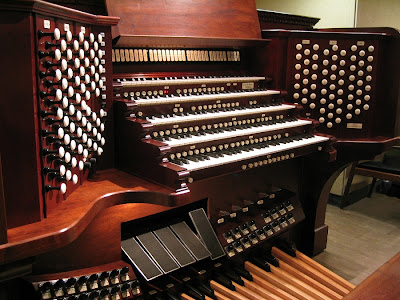 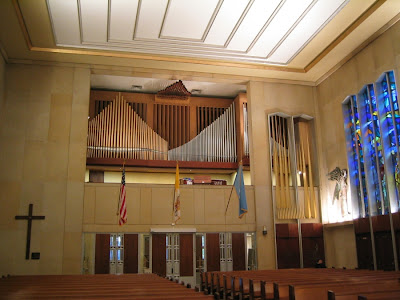 Here's an audio of the noon choral Mass. Mind you - it's in English, but it's some of the best liturgical music written in English! Their only strike is that they use the term "Gathering" hymn at the Entrance. Otherwise, really good stuff!

Incidentally, the organ has a cool floating reed (every division except the Swell) called the St. Thomas Trumpet. Stop list here.

So I guess Charles Callahan is no longer DM here? I'll have to update my program notes/sources. The information I have says he is DM here.