Let’s be silly and truthful at the same time. I was overdosing on Roman satire yesterday evening, and marveled at the wonderfully asymmetrical pieces. They do not all consider one particular topic, but may move from one tableau to another rather quickly and with little warning other than a slight indentation provided by the editor. People who know me well know well that I am can be rather catty when I need to be, rely highly upon metaphor and am never shy to borrow a literary or historical reference now and then to make a point. I love a good pun, and I enjoy a good literary device as much as I do a good dirty martini or picking apart the contrary motion passages in a Bach Trio Sonata or playing the triplets in the pedal solo of the Bach C major Toccata. I have only the Lutheran Master from Thüringen to thank for my shapely and slender ankles, although I have only my electric fork (and King Cakes) to think for my shapeless, yet very healthy (soon to be middle-aged) gut. That said, I offer this little bit of satire, my martini having been duly dosed by a clever Roman with a lethal quantity of poetic rohypnol. Our topic is one of our tastiest favorites: scandalous clerics/clueless neo-traditionalists. Had these poor sots been such a rampant plague then as they are now, without a doubt, Ko-Ko would have included them on his “little list”, and most assuredly they “never would be missed.” 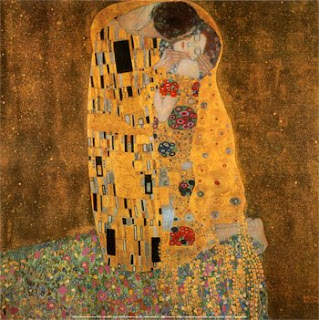 Feel free to chant the text to a psalm tone, but don’t blame me if that makes you feel like a whore in church. My favorite image here is the slave carrying the crown so his master’s head doesn’t explode from its weight. And the magnificent “tunica Iovis”, the tunic of Jupiter. I once saw a cleric donning a decadent cope with the Russian double eagle crest on the back. I don’t know whether he fancied himself an Ivan or a Catherine, but I have my suspicions, baa, baa, baa. As for us mortals who revel in the juicy irony of life around us, we carry no cash with us as we journey along the path, continuing like the travelers at the start of Satire 10 who whistle at the thieves: cantabit vacuus coram latrone viator.
The divine martini is out and the Mahler is done. The satires are read. The neo-trad clerics are raked over the coals as they should be one more time for good measure, burned to a crisp (confutatis maledictis, flammis acribus adiictis) huddling tenderly under their second-hand safron umbrellinos (replete with hand-sewn belly-dancer chingalings), descending the steps to dip in the sacred, yet polluted waters of the Ganges…or is it the Tiber…or maybe just a muddy bayou.
What a fun little exercise! Thanks to the Gustavs who provided the music, the French who supplied the martini bits, to Juvenal who provided the charcoal pit, coals, lighter fluid and matches, and to the neo-trads who provided the lamb chops. Damnation, would you look at the time! I suppose I had better book a sedan chair to Pontus. I hear it’s cold there….
Scribbled by Jason Pennington at 3:25:00 PM

Email ThisBlogThis!Share to TwitterShare to FacebookShare to Pinterest
Tags satire