POLITICS IN THE EYES OF SNOW WHITE

My wife sent this to me. 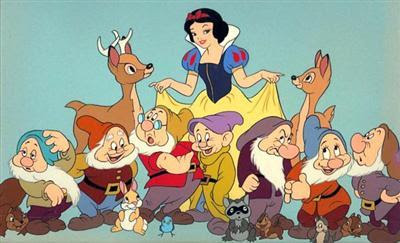 The seven dwarfs always left to go work in the mine early each morning. As always, Snow White stayed home doing her domestic chores.

As lunchtime approached, she would prepare their lunch and carry it to the mine. One day as she arrived at the mine with the lunch, she saw that there had been a terrible cave-in.

Tearfully, and fearing the worst, Snow White began calling out, hoping against hope that the dwarfs had somehow survived.'Hello!...Hello!' she shouted. 'Can anyone hear me? Hello!'

For a long while, there was no answer. Losing hope, Snow White again shouted, 'Hello! Is anyone down there?'

Snow White fell to her knees, crossed herself and prayed, 'Oh, thank you, God! At least Dopey is still alive...

BTW, did you know that back in the 70's, the seven dwarfs were on a drug binge? The late George Carlin revealed thus:

Happy was on dope and dope alone.
Sleepy was into the reds.
Grumpy: way too much speed.
Sneezy was a full-blown coke freak.
Doc was the connection.
Dopey was into EVERYTHING. Any old orifice would do for Dopey.
And then there's one we always forget, because he is: Bashful. Bashful didn't do any drugs. He was paranoid on his own.