GOTTA LOVE WHAT PASSES FOR A LANGUAGE

With a little help from Ken Lee 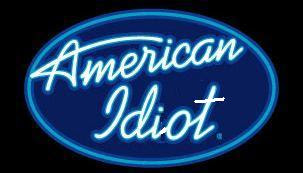 Over the last few years that American Idol (often referred to here as American Idiot) has been on, I've seen some pretty strange acts pass. Of course I've seen some acts that were just plain awful get put to justice by my hero, Simon Cowell.

On what appears to be another topic, an old deacon friend of mine from my Holy Name days once told me that "you could sing the Latin Mass in Swahili and people wouldn't know the difference".

Now, let's go to Bulgaria, where they have the Bulgarian equivalent to American Idol, called Music Idol. Where my deacon friend thinks that Swahili can pass for Latin, you should see what the Bulgarians pass as English. Mind you, Paula Abdul (fluent in English) is on this panel.

If you think the song's funny, you should see the last few seconds when Paula asks this contestant what language she sang in.

Apparently it passed, as this lady got to sing it again in front of an audience.

A somewhat improved version of the same song, I'll say. I do, however, give her credit for trying her hand at English. It could be a lot worse --- like William Hung, who didn't make the show, but somehow managed to get a record deal (one would hope for the comedy shelves and not the music shelves).

Never forget the patriarch of all those William Hung's and Idol wannabees, Florence Foster Jenkins.

OMG - she'd be a great match with the three muppet tenors (Swedish Chef, Animal, and Beaker).

err, I should have said "matriarch". Mea culpa.

That's ok - she looked like she could be a patriarch LMAO!
BMP

Diction. Diction. Diction. Next to singing on pitch, this is the second of the 10 singing commandments. (the other 8 are thou shallt sing on pitch). Goes to show you that whatever language you're singing in, you better get it right. That debunks the common claim, "oh it doesn't matter. It's just Latin". This singer had the same attitude: "Don't mattah. Eess juss Eeeenglish!" LMAO! The poor dear.

You're right, Sir Monocle. That song didn't fit me well. Ken Lee himself wasn't too happy either.
(LMAO!)