UPDATED 5/4/06
Of course, there are bunches of those lovely Aeolian-Skinner organs all over Massachusetts (the factory was in Boston). The largest is the 240+-rank monster at the Christian Science Mother Church on Mass. Ave. in Boston. There's even a good-sized three-manual A/S in the old edifice.

Now, can you believe that in all of Rhode Island there are only FIVE Aeolian-Skinners? Yes, FIVE! 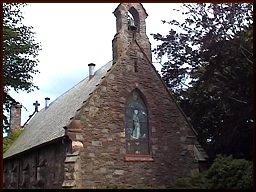 1. The only two-manual Aeolian-Skinner in RI is at St. Columba's Episcopal Church in Middletown, Opus 956, just north of Newport. 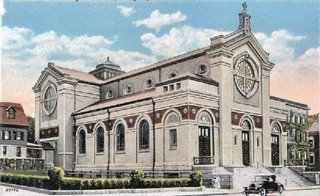 2. Speaking of Newport, there's a three-manual at St. Joseph's in Newport, Opus 1100. This one, according to the Aeolian-Skinner Opus List, is a 41-rank instrument. 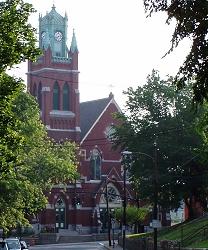 
4. There is a III/28 species at Blessed Sacrament Church in Providence, Opus 1507, where I was baptized.
5. The largest Aeolian-Skinner in RI is at Central Congregational Church, Opus 1440 in Providence - III/58.

(Couldn't get photos for the last two. Sorry.)

Casavants have a pretty good count in RI, however.

Email ThisBlogThis!Share to TwitterShare to FacebookShare to Pinterest
Tags organs